How to make temporary channels?

I am using the Teamspeak 5 béta, but I’m unable to make a temporary channel. There is no option for it, where as on Teamspeak 3 if you right click it says create subchannel, it now doesn’t. 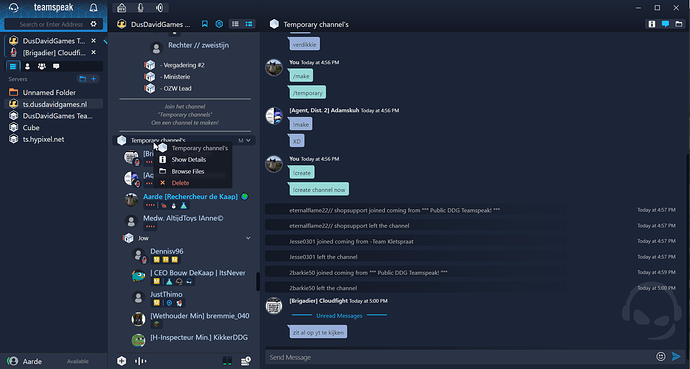 Anyone know how to make a temporary one on TS5? 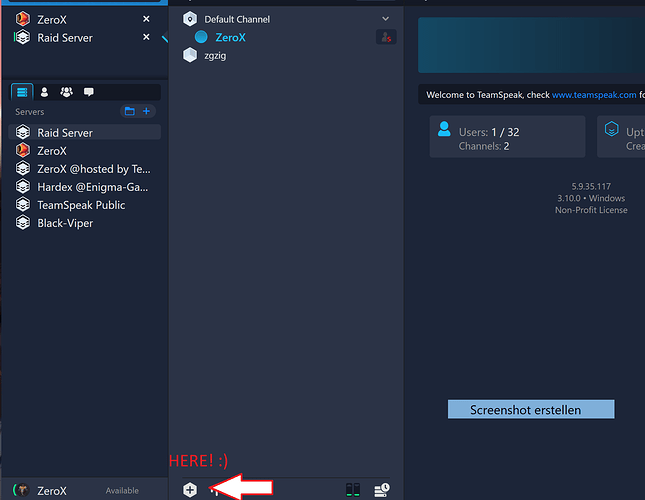 That’s how to make a channel, but I need a sub-channel because you can only make sub-channels on that server.

oh you are right, sorry!

Unfortunatly it didn’t work, it says I don’t have permissions.
Normally if you make a sub-channel it moves you out of the current channel 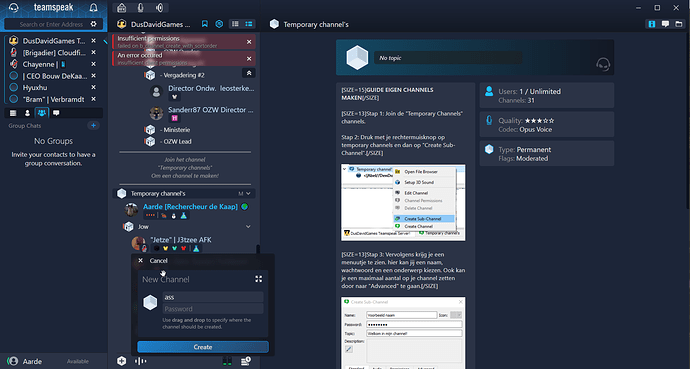 I guess you found a bug since it says you are lacking b_channel_create_with_sortorder.

The client obviously attempts to send a sort order along with the create command because you dragged the channel into a certain position, but you don’t have the required privilege to do so.

The client should have realized that and just set the parent channel and no sort order, but it obviously didn’t.

Actually, it would be very smart to visually indicate valid drop targets so you don’t even try to drop a channel where you have no permission to drop it.

As a suggestion, I would probably do the following: