I think Teamspeak 5 should have screenshare with groups or individual users, with audio included like a stream 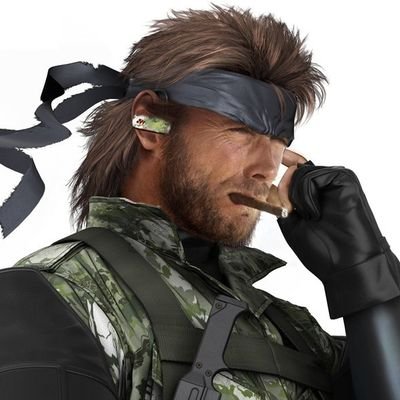 This may be a cool feature, but it represents TeamSpeak no longer. Would TeamSpeak really still be TeamSpeak if video broadcasting was possible?

In my view, less is more here.

I’m using TeamSpeak because it’s good at doing what it does.

File sharing alone already exceeds the feature set I expect from a voice communication software and nobody I know seriously uses it except for hosting images which are used on the server itself, such as images in channel descriptions.

I don’t need another piece of bloated “can do everything” software. I prefer to mix and match software and select the most suitable tool for the task at hand.

Also, “can do everything” software tends to be good at one thing in particular, and that’s usually what the software was originally designed to do. All the other stuff that they pour into the mix later is usually inferior when compared to other software which was actually designed for the purpose right from the start.

I want TeamSpeak to focus on the one thing that they are good at instead of continuing their previous “Look, we welded some new half-baked feature onto the side” approach.

Leave screen sharing to the plugin creators for those users who really need it. I wouldn’t even complain if they created the plugins themselves, just don’t force all those optional fancy features onto people who prefer simplicity.

I really love teamspeak, but sometimes, i want to share screen with my friends or they want to share it and we have to change to discord for the screen sharing…

I think this could be a nice thing to integrate into TS5.

In my Opinion, TeamSpeak should not add Screen share because of different reasons:

I think it would work if the Screen Share/Webcam feed runs over the TeamSpeak Server itself and not the Global Teamspeak Servers.

Yes, but the Server costs would be higher than normal because the whole streaming things are not cheap if millions or thousands of people would use it!

No I mean that the Traffic will not go over TeamSpeaks Server instead it uses the Server Traffic which you are connected to. If the Server has not a good connection or not enough ressources available you can’t stream or just with a reduced quality.

Have to say I would generally agree with the above sentiment. Keep TS simple. just creating custom audio drivers that can intelligently pickup audio outputs is an enourmous headache, simple issues such as people running dac’s and other equipment with different audio sample rates is a huge headache to deal with, as when they are not in sync you get buzzing and static, and simply changing the users settings is not an option. Dealing with setups with multiple audio devices and drivers is another rabithole and the problem with screen capture is people just expect it to work perfectly for all setups 100% of the time. Not to mention managing another thirdparty code base for compression and decompression of video is a huge ask, as its development then becomes core to ensuring stable releases. This introduces many possibilities of upstream development issues out of the hands of the TS team.

the main benifit i do see is a big one though, you have direct control of the quality of your streaming. versus the system discord has in place, where you have to pay for something like nitro, which doesn’t even come close to delivering its video quality promises, you can spec the server to handle exactly what you need and that’s it.

The best option is to have the addon system be robust enough to have dedicated pipelines to encapsulate basic datastreaming, since they already have the filesharing capabilities. This will likely be quite bad and not be able to handle video, but will open the door to the community being able to use open source codecs or post processors in addons, and they can draw the line in the sand such that they wont be responsible for people malicious addons used to spy on people, and the program doesn’t get bloated down by a huge feature that takes 100’s of hours to optimize.

personally like some people have touched on here, It blows my mind that nobody has thought to enable chromium HTML frontend on channels. This could mean that channels could be a full fat HTML website where all the files are on the same server. Enable support for jquery, and suddenly, by enabling two fairly simple features (chromium is already built into ts5) Teamspeak becomes a very simple framework for your group. You can make a simple site that lists all the game files for your server in the home channel and links you to a local trusted google drive. Better yet, since the FTP is already built in, they could give us hooks that cause the download button on the page to fire off a client side call to download using the built in transfer. IF they are able to enable the use of basic SQL databases suddenly you can grab a preset HTML project and have a fully functioning forum integrated into TeamSpeak, and anyone with HTML JQuery and Sequal knowledge can manage it, without having to learn the TS SDK at all. Security would be the biggest concern, but theres two pretty basic aproaches, either fall back on how chromium manages manages it, or lock down the channels index.html to only be able to reference a a built in version of jquery and a preset css stylesheet with only certain features enabled. On one end, you could have it re-direct to a watch-together for watching shows together. You suddenly don’t even need a third party TS5 addon, subscription, or a powerful server to accomplish what you want.

That idea sounds insanely good and incredibly powerful for adding any functionality that users may want.

hello, firstly, thank you for your work, and secondly, I would like to propose to do on the new TS so that users can show each other a demonstration of the PC screen. This would help everyone in different games.

Hey
Screen Sharing will come maybe in the future.

That will be a cool feature too for Online Schooling

Because Discord and the other Applications throttle if you didn’t pay for an Upgrade Paket.

Hello…
I have the TS5 beta and wonder if ts5 will have share screen in the future?
And i also wonder how to change the channel icons on rooms?

This new ts5 looks very cool, and i like it much…

There were many requests to import Screen sharing, maybe it will be in the Future, but nobody knows. What do you mean with change the channel icons on rooms? do you mean the TeamSpeak 5 Rooms? if yes at the moment there is no way to change the icon.

I think Teamspeak 5 should have screenshare with groups or individual users, with audio included like a stream Suggestions and Feedback

Yes i mean that icons… thanks for answer…

Good afternoon, I would like to suggest some features for teampeak 5, sorry if there are translation errors. I work as a system administrator and I often have to work with users remotely, for this I have to use other software that often loses the image quality a lot, and the built-in RDP system requires opening ports. I would like to suggest the ability to screen sharing and separate remote desktop control with user permission. You can use something like RDP built into Windows for this. This will allow you to conveniently communicate and help the user at any time remotely. Why RDP? Most of all I liked it because of the good picture quality and a small delay. as far as i know microsoft has an api for it.
Thus, you can interest teampeak 5 not only for ordinary users, but also for a large number of companies. If there is a need, then I can offer a few more ideas, write it down in the comments. Thanks for attention.