Is there a place to see how long some servers have been running? I’m not referring to uptime but more when did the op create the server in the first place. I’ve been running one since very early 2000s, maybe late 1990s, I just don’t recall. I know I ran TS2 servers but I don’t remember if I ran a TS1 server. I used the clients back then though. I’m just curious who else is out there running a servers for a long time. I started out by co-located some physical servers in a leased facility then eventually moved to VMs.

You can see in putty if you have root login or simply in the server description. 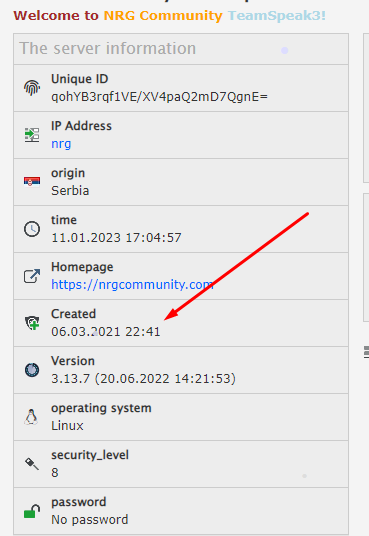 TS5 also shows this info.
But that info can be faked easily

My actual Server is running for about 6 years now.