Hey there, I’m searching for a bot that would do the following

Metro police
civilian
vort
and so on

and when you switch to one of the channels the bot automatically creates a channel and moves you into for example Metropolice-1 and deletes the other channels again.

Maybe this works for you: https://forum.sinusbot.com/resources/private-channel-manager.222/

You need sinusbot for that!

I use this and it’s a wonderful piece of software!

can you maybe show a example for the channelscript before i waste my time on it ?

I’ll grab you a screenshot of my config and server.

Public Channels
Users can Join the Channel Creators (in RED) to either make a Public High Quality or Public Low Quality Channel (in YELLOW).
These are Temporary and last 30 Minutes.
OR
Users can make use of the Public Channels (in GREEN) which are designed to keep 3 free channels at all times, so as people join them it creates more.
These are Semi-Permanent, so until server restart. 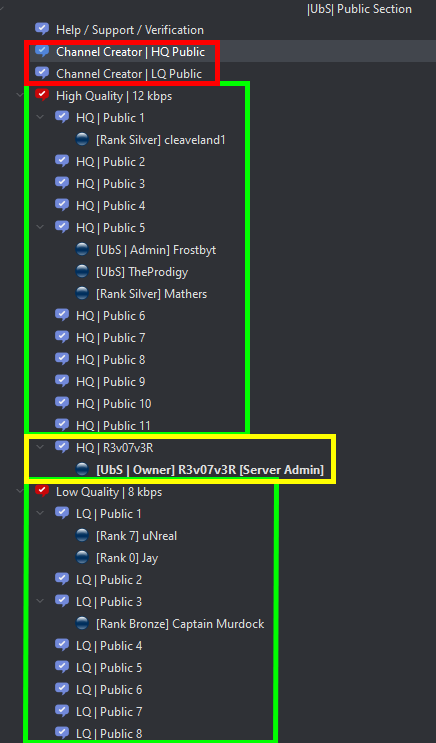 Private Channels
Users above Rank Silver can join this to make a Temporary Channel with a password
These are Temporary and last 24 Hours. 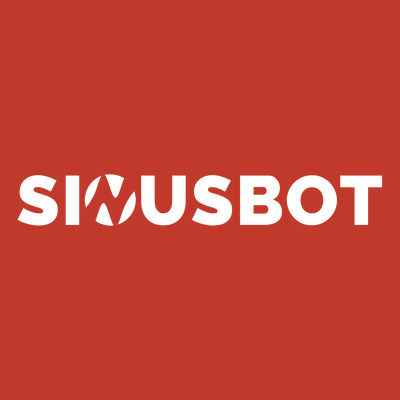 Private Channel Manager This script creates a private channel for every user that enters a specified destribution channel(the lobby). Afterwards it sets the user as a channel admin so he has full control over his private channel. If the channel...

If I am not mistaking, the same thing could also be achieved by a normal query script.
Or even by a plugin inside your client. Of course, I assume those do not exist yet and have to be written yourself.
Of course, most options come with downsides. I’d take the server query way, because there you are language independent.