As many of you know TeamSpeak has been incredibly slow with updates, just recently they began publishing an update a week, however, that has begun to slow as well.

The issue here is that the development rate for TeamSpeak is very slow and this has caused users to leave for other platforms. Nonetheless the point of this thread is to gather voices to be heard so that the TeamSpeak team can see that their method of “development” has caused discontent.

Discord started off with a small team and were able to push updates and features out rapidly in succession. The same can be said for Guilded, another chat solution, small team and yet are pushing out features at an incredible rate.

Yes, many of you will say that there are a lot of bugs, and you wouldn’t be wrong, however, its software and there will always be bugs, and those can get fixed along the way. Take Discord for instance, it was incredibly buggy when it was in beta early 2016 and the rest of that year, but they fixed many issues while releasing features and updates! Users still used the platform regardless that it was a horrible.

And yes, TeamSpeak’s development stack is different than either Discords or Guilded, but that shouldn’t account for this pace of development. Which again, can be fixed along the way.

TeamSpeak wants this perfect TeamSpeak client with every release of a beta version, but its beta! It doesn’t matter if we find bugs, that’s the point.

I have had a lot of great moments on this software and with users leaving to Discord and other platforms, I believe TeamSpeak should start developing on a quicker scale. There are so many users out there waiting to use good software for Voice + Chat, I’ve met users on Steam that have never heard of Discord or TeamSpeak and strictly use Steam VOIP servers.

I hope that many of you can shed some light for the TeamSpeak team on this thread. If enough of us voice our concerns, perhaps TeamSpeak will see this and change their view on their development pace.

First of all, TeamSpeak is only a small company, especially with a small number of developers.

just recently they began publishing an update a week, however, that has begun to slow as well.

The rate of development has already increased significantly with the weekly updates in the TeamSpeak (5) client. However, with pretty much every update there are again bugs that need to be fixed as a priority, otherwise more and more problems can arise. These bugs have to be found first and the fixes have to be tested and checked in detail.

however, its software and there will always be bugs

As you said, the bugs are part of it. But a software, which consists only of bugs, wants also nobody.

It’s true that new features don’t come in every update, but also rarely only bug fixes. Every upcoming update is tested by several people and TeamSpeak gets feedback from them. You can’t just throw out an update every day that doesn’t get tested enough.

The best way to have software that is well received is to have it tested.

It doesn’t matter if we find bugs, that’s the point.

Of course, it’s currently still closed beta, which means that bugs have to be included, but that those bugs don’t turn into problems is the point.

I’ve met users on Steam that have never heard of Discord or TeamSpeak and strictly use Steam VOIP servers.

That people have never heard of TeamSpeak, I doubt it’s because of the rate of development.

The above aspects are mostly my own opinion and intuition.

Honestly I think they are doing a really great job by doing an update a week.

The problem is, that teamspeak is not a newbie on the market. Still they got eaten away by a VoIP application like Discord, that literally have come out of nowhere.

The development of teamspeak 5 is slow due the bad advertising 2 years ago, and the pandemic.
I hope they will catch it up, because they have all the capacity and the ability, to overcome discord.

Tbh i hope for an Open Beta phase, cause it would help with the bug hunting i think.

I don’t think you even read what I posted. You broken up my post and still entirely missed the point. I am not going to bother replying.

That’s the problem, as of late, it hasn’t been weekly.

Development is slow, to the point it due to in part by TeamSpeak’s micro fixing every little potential issue, instead of updating the feature set and debugging simultaneously as how other developers do. Its a beta, who cares if bugs are found, every beta update doesn’t need to be perfect.

That’s the problem, as of late, it hasn’t been weekly.

I can’t confirm that. At least one update came every week. 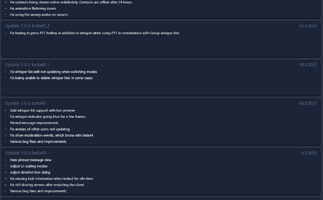 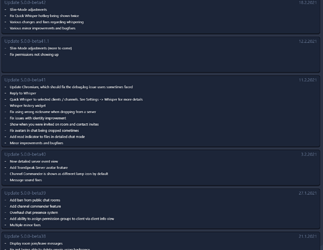 How should a Company Develop everything quick if the most things are in planning?

Barely, compare that to the ones close to the end of last year. Micro updates don’t count. 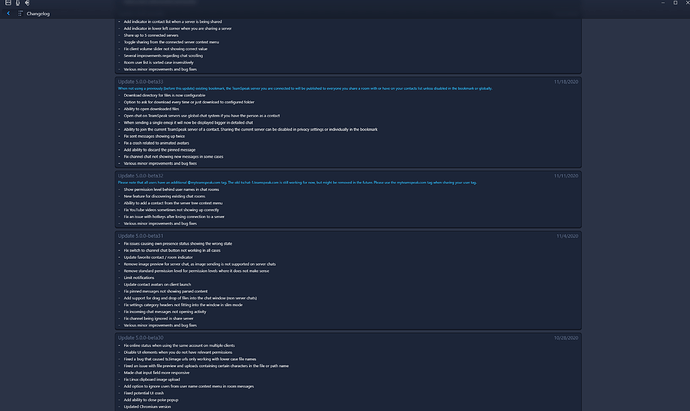 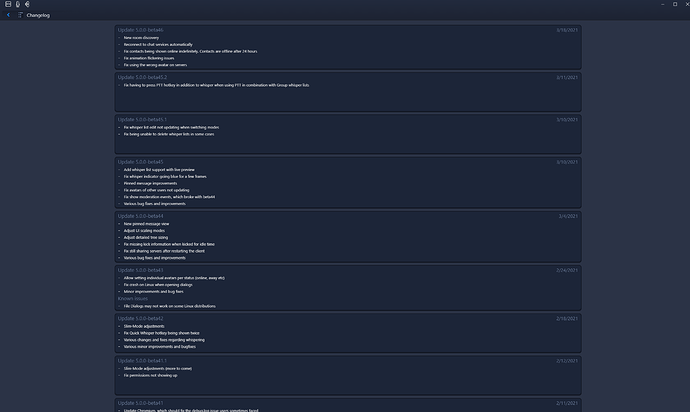