A friend of mine sent me this.
So basically Teamspeak is sponsoring cheating youtubers xd? 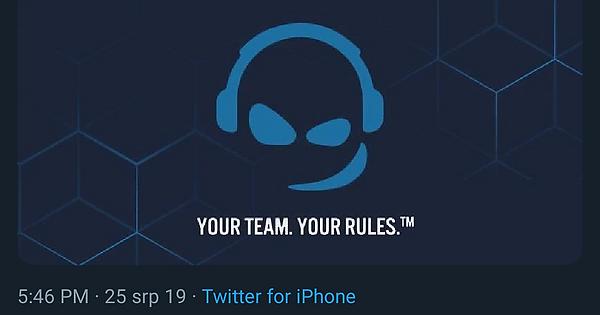 Not only that he’s also really inactive…
Last “video” a year ago, 1 instagram image, a tweet every few days.
I personally think this sponsorship program is really flawed.
Some people say “It’s on a case by case basis.”, “They have to see what they can gain from this sponsoring.”, etc.

The old NPL system was really easy to get.
Strict rules what is needed to get one and good feedback why one didn’t get it.

But now it seems just so random.
On one hand some “teams” having like 2 followers and 0 activity getting sponsored. This dude getting sponsored.
On the other hand serious communities (even being active on social media) getting rejected.

Yeah I don’t really get that. I just spoke to a person whos Organization is like no longer active and he told me he got the license and never even used it lol so from all that its really sad people with bigger servers struggle with old NPL’s they cannot be “renewed” and this guy never even booted a server with it xd

NPL license was flawed too…

The NPL license restricts a community to even take donations.

Do you think Communities who are running CS:GO, GTA V servers don’t even deserve a little bit of support from their community?

NPL was given to clans. A 512 slot server where barely 20 people hangout.

There is no flaw in teamspeak sponsorship.

I am pretty sure once they are out with teamspeak 5 they will review their sponsorship license distribution again. They will reach out to inactive communities and give them a deadline to bring activity to the sponsored server. If they fail to attract a good teamspeak userbase their license might be revoked.

Teamspeak should not sponsor cheating youtubers no doubt but when they opened the sponsorship system they didn’t mention it anywhere that they are not going to support hackers/modders in games.

Many known youtubers have used mods/hacks in part of their lives doesn’t means the TS system is flawed.

I’ll get the sponsorship guys to look into this.