we are happy to announce that we just pushed out our next update.

This is the first version adding permission management which allow you to manage your server and channel groups as you know it from TS3. This is just the start and more will come in later releases.

We decreased the memory usage of your active chats.
You can now scale your whole client interface.

Here you can read the full changelog

Important Note for the free server you could create in the client:

On these servers you are not allowed to change any permissions or groups.
It’s intended that you get errors when you try. 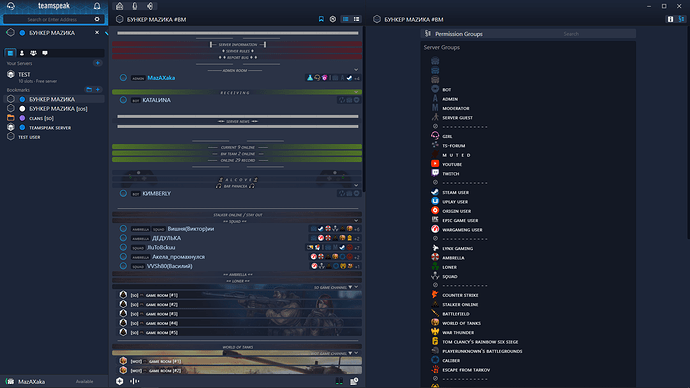 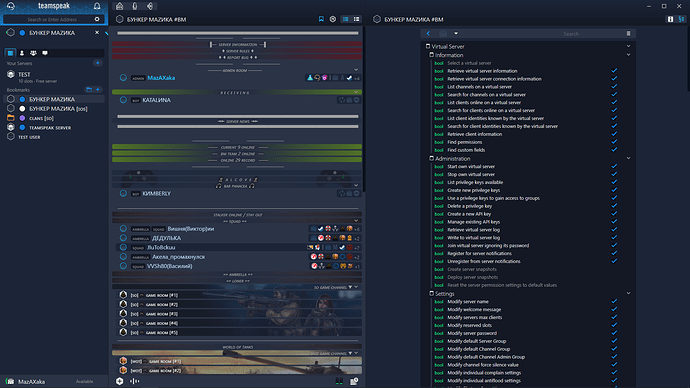 3.12.0 had a problem in permissions. Nothing serious but enough for the new client.

How do you make that channel banner?

Are you talking about size?

How can i make spacers with or without background TeamSpeak Server

Let me just throw you the names of the channels and then you yourself) [rspacer]┍╼ ᴄʟᴀɴ sᴇᴄᴛɪᴏɴ ╼ [*spacer0]— [cspacer]Name your channel And channel pictures (Banners) are available only for TS5 Well, the size of the banners: 1600х60

So stil no Gaming with TS5. x.x

So stil no Gaming with TS5. x.x

hi man, when I try to create server groups it tells me insufficient permissions can you help me please?

How often People says they need/want an InGame Overlay?

Its like at least 1x in every of the last 10 Betas?

How often People says they need/want an InGame Overlay?

Its like at least 1x in every of the last 10 Betas?

I seem to get server permissions and whispers requested more than anything else recently, especially on social media. In the wishlist thread In game overlay was mentioned 3 times, and it’s certainly something we’ve discussed. As I said though the more people directly say what they want in that thread the better.

Write in Private Messages so as not to interfere with the discussion to other users, I will try to help you.

Guys please stay at topic. This is about the beta release.
When you have wishes put them into the wishlist.

Changing Icons of a Group dont work without having the Identifyer?

How to find him out?

Maybe there are easier ways, but I’m doing it for now)) 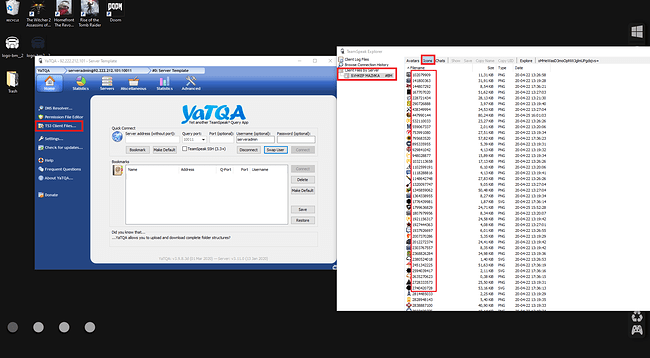 I haven’t any permission to change the group permissions on the free beta server. At my main server everything works